The Management Board of Metropolis GZM is an executive body responsible for the ongoing performance of tasks for which GZM has been established. It consists of five people – the Chairperson, two Deputies and two other Management Board Members. The Management Board is elected by members of the Metropolis Assembly, i.e. representatives of 41 cities and communes. The candidates must obtain a double majority of votes. This means that at least half of the delegates representing more than half of the metropolitan population must vote for them. Metropolis GZM applies the “gentlemen’s principle”, according to which the five-member Board includes a representative of each of the five subregions of the Metropolis, namely the Katowice, Sosnowiec, Bytom, Tychy and Gliwice subregions. 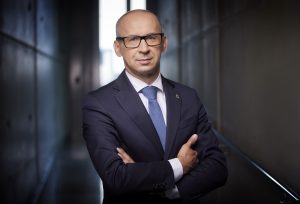 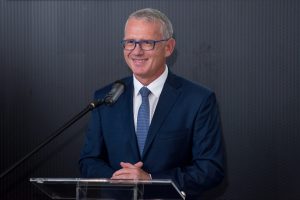 Henryk Borczyk, Deputy-Chair of the Management Board of Metropolis GZM, a citizen of Tychy, a graduate from the AGH University of Science and Technology in Kraków, with longstanding managing and self-governmental experience. Previously he worked as, inter alia, the Vice-Mayor of the city of Tychy (2000 – 2010) where he supervised the sectors of investments, public utility services and environmental protection. He was responsible for creating and implementing Poland’s first Low Emissions Reduction Programme. Also headed municipal companies - Agencja Promocji i Rozwoju Gospodarczego and Towarzystwo Budownictwa Społecznego in Tychy. Between 2010 and 2015 he was the president of Tauron Ciepło and then the Vice-President of the Board for Tauron Polska Energia S.A. group corporation matters, responsible for strategic and consolidated procurement. He furthermore held numerous social functions such as the Vice-President of the Association of Municipalities Polish Network “Cités”, an expert at the Parliamentary Commission for Environmental Protection or a member of the Regional Council for Energy at the Silesian Association of Municipalities and Poviats 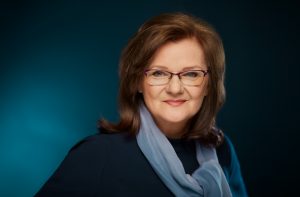 Danuta Kamińska, Deputy Chair of the Management Board of Metropolis GZM. Supervises the work of the Department of Spatial Strategy and Policy. In the years 2001–2017, she was the Treasurer of the City of Katowice. Before that, she worked at BUDIMEX International Trade Headquarters, as well as conducted her own business activity. Furthermore, for many years she has been involved in social activities for the local government – in particular, she was a long-time member of the Public Finance System Team at the Joint Commission of the Government and the Local Government and chaired the Committee of Treasurers of the Union of Polish Metropolises. A respected lecturer and organiser of many conferences, as well as participant of country-wide meetings as an expert on public finance, author and co-author of articles on public finance. Danuta Kamińska was awarded the Golden Cross of Merit and the Knight’s Cross of the Order of Polonia Restituta by the President of the Republic of Poland. She graduated from the University of Economics in Katowice and from Kozminski University in Warsaw, where she completed a postgraduate course and obtained her MBA degree. 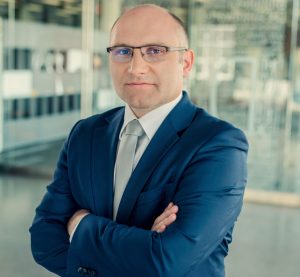