Every day, more than 1,500 public transport vehicles, with approximately 6,700 stops, take to the streets of the Metropolis. Each year, they cover over 100 million kilometres, which means they could circle the equator 2,500 times!

An efficient public transport system is the biggest challenge metropolitan areas face. That is why, from the very beginning of our operation, we have been undertaking activities aimed at creating such a transportation system, thanks to which public transport will be a real alternative to cars. We started a communication revolution that the inhabitants of the Silesian conurbation had been waiting for for almost 20 years!

To understand the essence of these changes, it must be remembered that until 2018, three different public transport organizers operated in today’s Metropolis. Two of them had the same ticket tariff, while the third had a different one. This generated even double the cost of travel and was burdensome for both residents and visitors visiting the Metropolis.

The beginning of the transportation revolution was the introduction of joint tickets for all three organizers – first single tickets (from 1 January 2018), and a few months later season tickets (from 1 April 2018). Tariff regulations have also been harmonized, making the use of public transport easier and more convenient.

Since the beginning of 2018, free travel for children up to 16 years of age has also been introduced – on an unprecedented scale in Poland – with the aim of promoting public transport and building environmentally-friendly habits. Children enjoy this privilege all year round – including weekends, winter break, summer break and public holidays. The discount applies to some 200,000 children from 41 cities and municipalities of the Metropolis.

The culmination of this process was the combination – from 1 January 2019 – of three existing transport organisers (KZK GOP, MZK Tychy and MZKP Tarnowskie Góry) into one, i.e. the Metropolitan Transport Authority (Polish: Zarząd Transportu Metropolitalnego, ZTM). While most of the changes related to this integration experienced by passengers were connected with the introduction of combined tickets, the creation of ZTM was very important from an organisational point of view. This is because ZTM makes it easier to build a coherent and uniform offer and manage public transport across the Metropolis.

Improving the quality of services

ZTM has been gradually improving the quality of public transport in the Metropolis. One of the priorities is to modify the route network and timetables to make them more suited to the expectations and current needs of the residents and current traffic generators.

In response to one of these needs, we launched four metropolitan airport routes in November 2018. Before that, the Katowice International Airport in Pyrzowice did not have such comprehensive access to public transport.

The characteristic fuchsia buses pass through five subregions of the Metropolis, stopping in: Gliwice, Zabrze, Bytom, Piekary Śląskie, Katowice, Sosnowiec, Będzin and Tychy. The buses run around the clock, allowing travellers to get on their flights and those working at and near the airport to commute to work.

In order to precisely determine the number of passengers who use each bus route and stop, we intend to install a passenger counting system in all vehicles. The information will be available online on an ongoing basis. The detailed data will make it possible to reduce the costs of public transport by optimising the number and size of vehicles, timetables and adjusting them to the actual demand reported by passengers on given routes or sections.

We want to restore the importance of rail transport in our area. After all, trains are the most environmentally-friendly and – provided that there is adequate infrastructure – the fastest means of transport. We know how to achieve that. We have the Metropolitan Railway Concept and a Supplement thereto. The document prepared by experts from the Silesian University of Technology outlines the directions of development of rail transport in our area. The next stage is the announcement of the Preliminary Feasibility Study. This document will be developed over the course of several years and it will show which of the proposed solutions are optimal.

We also strive to increase the availability of means of distribution of public transport tickets. We want to modernize the sales system. The current Silesian Public Services Card Project will be modified and gain new functions to make it more passenger-friendly and easier to use. Ultimately, modern payment methods will become available, and the system will be expanded so that in the future it covers not only ZTM vehicles, but also trains and the metropolitan bicycle system. More than 150 vehicles already offer the ability to pay for travel by card. In addition, the network of ticket machines will be expanded so that they are present in all municipalities.

.
In the coming years, vehicles operating under the ZTM banner will drive in common, metropolitan colors. We are not going to repaint the current vehicles because it would be too expensive. Vehicles manufactured from 2019 will drive under new colors.

We want to base public transport on sustainable solutions. That is why we participate in the “Zero-Emission Public Transport” project implemented by the National Center for Research and Development.

We also participate in the programme “GEPARD II – low-emission transport, Part 3 Silesia – Zagłębie”. Funds in this project come from the National Fund for Environmental Protection and Water Management (NFEP&WM) and the Regional Operational Programme of the Silesian Voivodeship for the years 2014–2020.

Because of that, up to several hundred zero-emission vehicles may appear on the streets of the Metropolis. 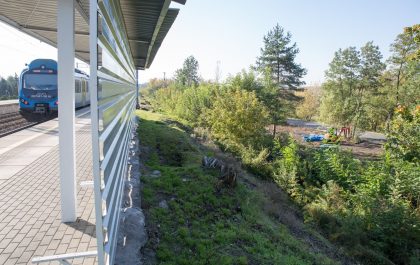 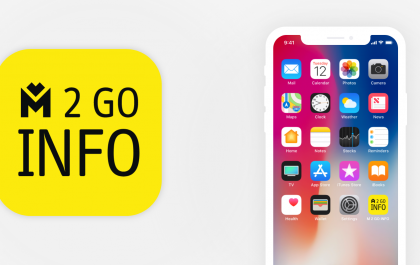 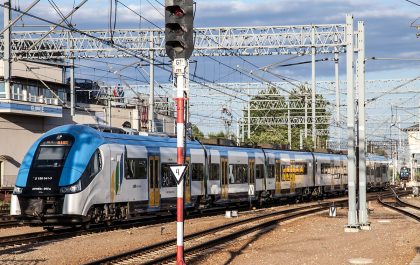 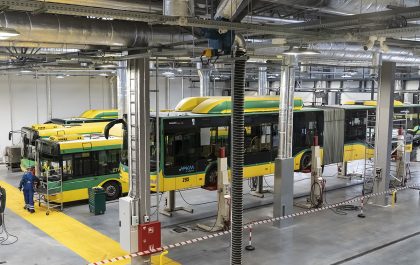